Lord Jesus, for my brothers and sisters that have been deeply and devastatingly wounded by physical, by emotional and by sexual abuse I pray healing.  I pray that today they will feel the healing presence of the Holy Spirit, the great comforter.  There are no human words to take away their pain and disappointment, only Your healing touch.  As the sun rises this morning, so bright you have to squint to see, I pray those same powerful bright rays of light would pierce the darkness in their lives.  As the pain chills their bones, I pray your rays of light would warm them like a cozy blanket.  I pray in Jesus name that the attacks of the enemy, that attacks in dreams, body sensations and flashbacks would be halted by your power of protection.   As they grieve for their family, and are tormented by feelings of abandonment, I pray that You would draw them into a new family of steadfast believers, to be a witness to your everlasting love.  I pray You would be their Father that holds them close.  As they stand in judgment from family and friends, not believing their testimony of sexual abuse, may you give them strength to walk in the truth, no matter the cost.  May you empower them to forgive all the heartache and suffering, from all those that abused, abandoned and neglected them.  May you flood them with Your overflowing love, to those that would turn their backs on them when they needed them the most.  May you empty their hearts of resentment, of anger and of desperation?  May you fill them with hope and anticipation for an amazing future walking hand in hand with You.  May they hear Your small still voice that says, “I love you and I will never leave you nor forsake you.”  May they today begin to put their trust in You and not in “man.”  May they receive today a hunger and a thirst for Your word, and be flooded with peace as they read your faithfulness throughout time.  May they be cleansed of all feelings of indignity by Your blood Jesus, that was shed on the cross for them?  Help them Holy Spirit to feel Your love in a real and powerful way as they have never felt before.  Help them to bask in your presence and just be loved on today by You.  May today be the day that they surrender all to you.  If they do not know You in a real and personal way as their savior, their friend, their confident, may they today give their life to you.

In Jesus name I pray

Posted by Angelasvoice at 4:57 AM No comments:

Scriptures of Meditation:
Matthew 10: 29-31
29 Are not two sparrows sold for a penny? Yet not one of them will fall to the ground outside your Father’s care.[b] 30 And even the very hairs of your head are all numbered.31 So don’t be afraid; you are worth more than many sparrows.
Psalm 126:5
5 Those who sow with tears will reap with songs of joy.
Deuteronomy 31:8
8The Lord himself goes before you and will be with you; he will never leave you nor forsake you. Do not be afraid; do not be discouraged.”
2 Timothy 1: 7
7 For God hath not given us the spirit of fear; but of power, and of love, and of a sound mind.
Challenge to fellow Survivors of Child Sexual Abuse:

We are here and we understand.

Posted by Angelasvoice at 9:08 AM No comments: 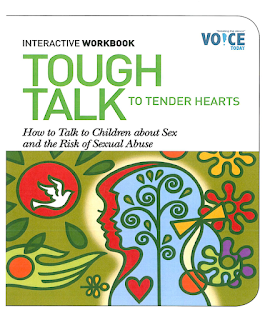 Parents often have difficulty deciding when they should teach their children about the “birds and the bees.” While talking to children about sex can be very challenging, it is a parent’s responsibility to provide them with the knowledge and understanding that will help prevent sexual abuse.

By teaching children about sex, it gives them a better understanding of the biological and anatomical changes that occur in their bodies as they are growing and developing. These changes may be strange and uncomfortable to children when they do not understand what is going on.

Sex education also provides children with the tools that might prevent sexual abuse. For instance, it allows them to understand their personal boundaries in any relationship they might encounter, which could make the difference between a healthy and unhealthy relationship.

Unfortunately, the society we live in is overly sexualized. This means that children will learn about sex whether or not their parents want them to. Usually, it is a friend or sibling who tells them even though they themselves do not fully understand the topic of sex. Therefore, would it not be better for them to hear it from their parents, a knowledgeable source they trust, rather than their friends or the media?

Without sex education, there are consequences to not only the victims, but society as well. When children do not understand these sexual advances and how to tell a perpetrator to stop, the perpetrator will take advantage of the child’s innocence.

Children need attention. When given it, they tend to not question the actions of those they know. They also will easily trust strangers. Children are inherently programmed with the desire to please adults, so even if they are confused by or fearful of the adult, they will often continue to demonstrate obedience.

More often than not, when sexual abuse occurs, the child will stay silent rather than inform a trusted adult. This could be for several reasons: some victims may be simply confused and scared, whereas in other instances it may have been that the perpetrator threatened to hurt a loved one if the victim would tell.

As a result of the abuse, many children begin to develop destructive behaviors that impact them not only as the abuse takes place, but throughout their adulthood as well.

Children who have been the victims of sexual assault are:

The CDC similarly conducted a study to understand the short- and long-term affects of adults that had been through some traumatic stressor as a child. These stressors could include abuse, neglect, or some other sort of trauma. The more traumatic the stressors a child faced, the more their chances of long-term health problems increased. The CDC identified such health problems as liver disease, suicide attempts, unintended pregnancy, depression, and alcohol abuse, amongst many others.

Sexual abuse among children is much more common than one thinks:


Educating children about sex can help prevent them from becoming one of these dire statistics. There are many ways to go about sex education. The interactive workbook, “Tough Talk to Tender Hearts,” is just one way to help parents cross the bridge that they might be afraid to.

“Tough Talk to Tender Hearts” is a great resource guide to help parents navigate “The Talk” with their children, starting as early as infancy. That’s right, this conversation begins early, layering age appropriate conversations throughout childhood in order to provide children with the tools to understand their bodies and boundaries during each stage of development. Sharing the information learned in this interactive workbook with your children will empower your child to feel confident about their own personal boundaries and personal power. Please visit VOICE Today to purchase your copy. 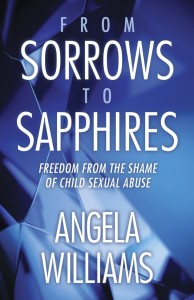